Afraid of Going Short? Here’s Why You Shouldn’t Be…

If you’re in the lobby (or the top floor) of a 30-story building, with the choice of taking the stairs or the elevator all the way back up (or down) … I’d bet you’d choose the elevator every time.

Well, this is exactly why I prefer to buy puts over calls.

I’ve said it before and I’ll say it again … Stocks take the stairs up and the elevator down.

But I’ve noticed there’s still a stigma around put trading and that some traders have an irrational fear of buying them.

Why am I bringing this up? That’s easy…

If you haven’t noticed, we’re in a bear market. And in markets like this one, the best setups are often on the short side.

The indexes may have been ripping yesterday, but that’s no guarantee that we’re out of the bearish woods … yet.

Keep reading and I’ll show you why going short (by buying puts) is something you should look forward to as opposed to fear.

My mentor Tim Sykes has been warning traders about the risks of shorting stocks for years. And he’s right to do so.

But before we get into this, there’s something I’ve gotta tell you about…

Sykes is hosting a very special event TONIGHT at 8 p.m. Eastern. He’ll show you how you could potentially 10x your trading account in just 46 days. Don’t miss your last chance to sign up for Sykes’ 46-Day Account Accelerator! 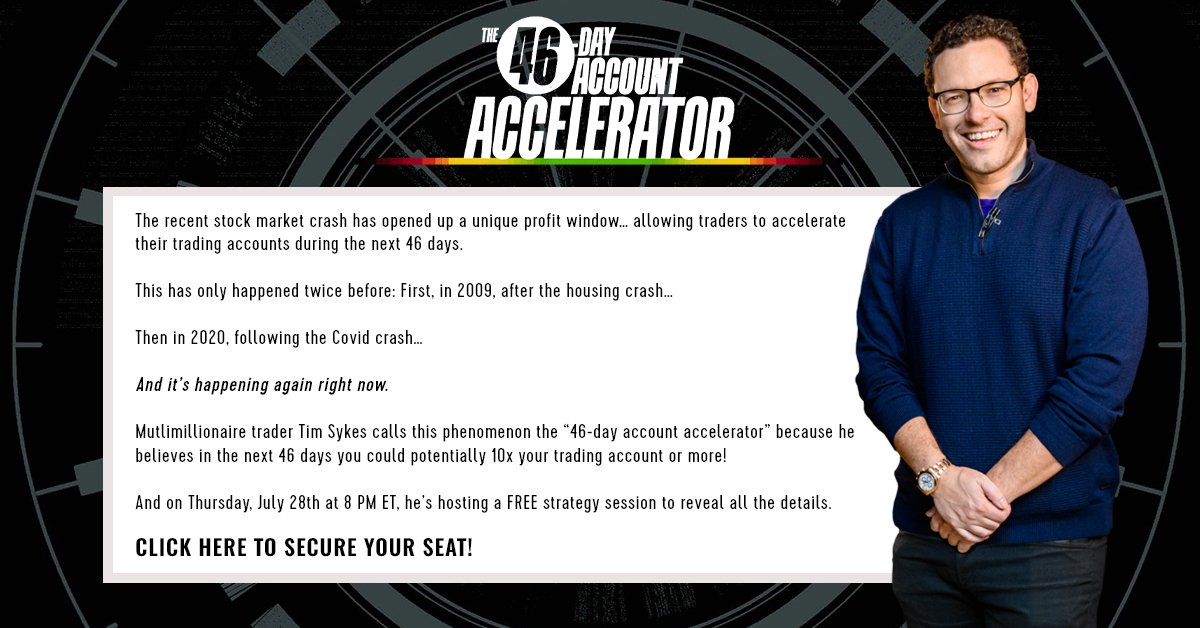 Now that you’re signed up, back to shorting stocks…

I agree with Sykes. Shorting common shares is just too risky…

In fact, the risk is infinite, because stocks have no limit on how high they can go (theoretically).

Remember the historic GameStop Corp. (NYSE: GME) gamma squeeze of January 2021? Make no mistake … the only reason that stock ever traded to $500+ was because of this exact concept.

That’s why I love trading options, specifically put contracts — because I’m able to define my risk.

By trading puts, I’ll never lose more than my principal investment in the position. I can sleep like a baby holding puts (as long as my kids don’t wake me up in the middle of the night)!

This is so important to understand. I think some traders, especially those newer to options, are under the false impression that buying puts is inherently riskier than buying calls. But that’s not accurate…

Puts are the simplest way to bet against a stock without risking a margin call or blowing up your entire account. And I want every Evolver to get that, loud and clear.

Remember how I was saying that stocks take the stairs up and the elevator down?

Just pull up the daily chart for any crazy momentum stock to see a picture-perfect illustration of this concept. Here’s an ideal example from last year… 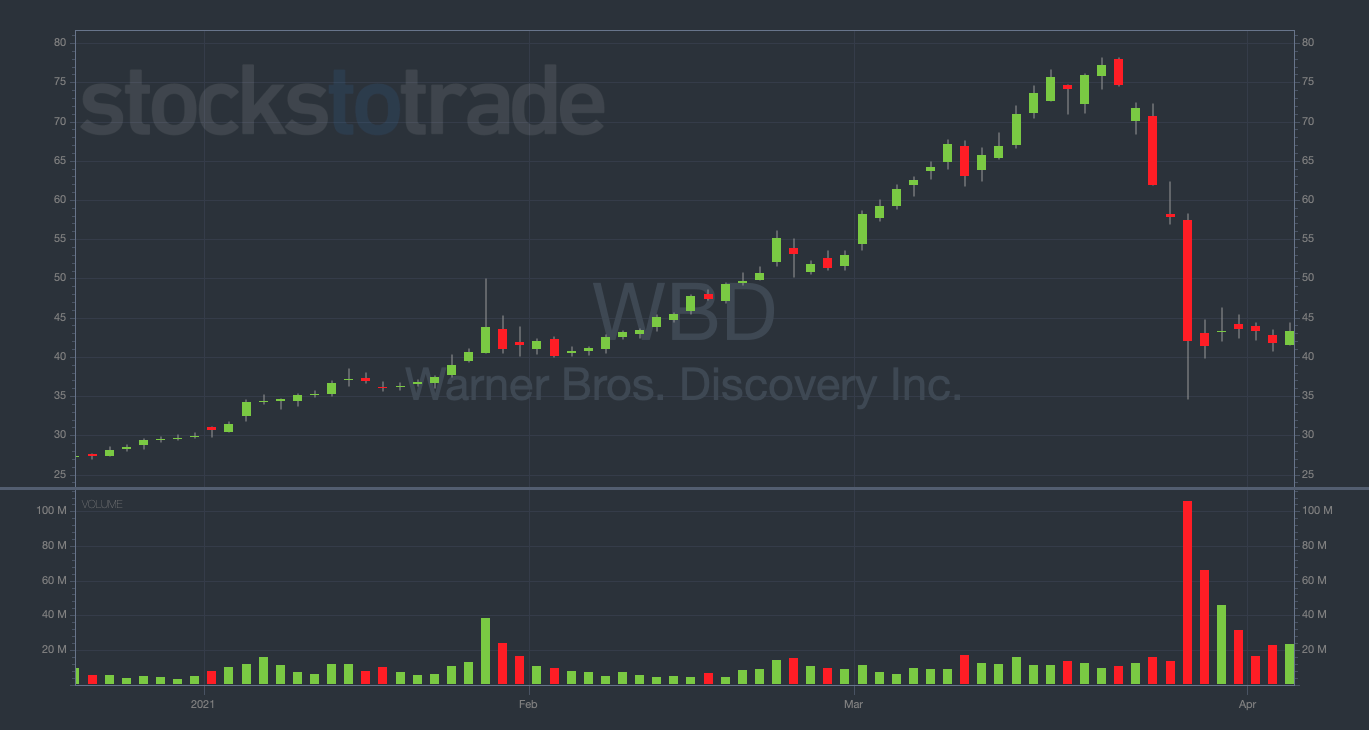 See how long it would’ve taken you to make serious gains had you attempted to catch the upside and gone long in January? You would’ve been holding calls for several months…

But if you had focused on your timing and bought put contracts near the top in March, you potentially could’ve made a small fortune in just a few days.

More than 50% of the value of the stock was wiped out in five trading days. These are exactly the kinds of massive breakdowns I look to take advantage of.

So, if you had shorted the shares instead of trading puts, you would’ve had a maximum gain of 50%

But with puts, the pricing relationship is completely different. The contracts can 10-20x in a huge crash while a common-share short is stuck tracking the borrowed stock to the cent.

I don’t know of many other strategies that can consistently deliver such massive returns. That’s why I trade the way I do and why I want you to open your mind to trading puts (if you aren’t already).

If you’re struggling in this market, I get it. It hasn’t been easy for me either. But if you’re not capitalizing on the downside of charts, you’re leaving money on the table…

The majority of my nearly $4 million in career trading profits has come from put contracts. In my opinion, puts are superior to shorting shares in nearly every way.

So, if you’re one of these people who doesn’t like to go short by buying puts … get over it!

And realize this … having the ability to trade both sides of a chart is a superpower.

With many stocks crashing left and right, many people are having a difficult time growing their trading accounts right now.

Tim Sykes will reveal a strategy that’s so powerful he believes traders have the potential to grow a $1,000 account into a $10,000 account in just the next 46 days!

END_OF_DOCUMENT_TOKEN_TO_BE_REPLACED

How to Prepare for a Major Trend Reversal

If you didn’t notice … yesterday was an extremely critical day for the markets.  After more than a...