There’s an old saying among traders … “fortunes are made in bear markets.”

But have you ever wondered how ‘sophisticated investors’ make money hand-over-fist during market crashes … while ordinary, everyday people lose their life savings?!

Well, one of the main reasons this happens is because the ‘smart money’ — a term used to describe institutional investors and hedge funds — knows how to trade put options effectively during market downturns.

And this year is no exception…

A whopping $34.3 billion in put contracts has flown off the shelves in the past four weeks, $9.6 billion of which was bought in the past week, according to Options Clearing Corp data analyzed by Sundial Capital Research.

Commonly referred to as ‘downside protection,’ put options provide traders with a defined-risk strategy to insure their portfolio from destruction (or potentially make massive profits) in the event of a major crash in equities.

The indexes may be bouncing today — with the S&P 500 ETF Trust (NYSEARCA: SPY) up 2.4% at the time of writing — but nothing has changed my bearish outlook on the overall markets. Position yourself accordingly. 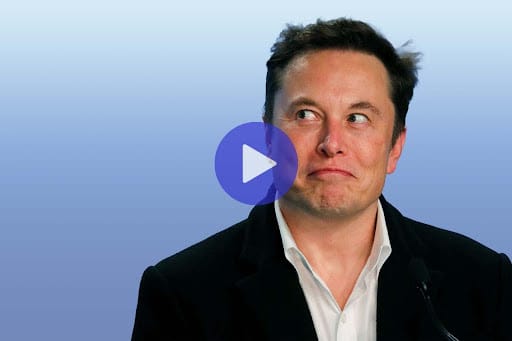 These days it seems like everybody wants to take their shot at Elon Musk.

And yet – Tim Bohen thinks he’s gotta be laughing his ass off right now.

Because of what he’s predicting could happen on or around October 21st.

You’ll see what he means when you watch this video.

Go here to watch this now before it’s too late

Later, I’ll tell you some stories about how famous traders have used puts to their advantage, nailing some of the greatest trades of all time.

But first, let’s talk about why put contracts can be such incredible vehicles for trading bear markets.

Why Puts Are the Best Way to Short

I don’t know why anyone would short common shares when the ‘option’ to buy puts is on the table (excuse the pun).

Allow me to explain…

Shorting stock has theoretically unlimited risk. If the stock you’re shorting rips to new all-time highs, you’ll lose more money than you invested in the position.

This can put you at risk of receiving a margin call and blowing your entire account up.

On the other hand, if you buy puts, you can never lose more than your initial principal.

Additionally, put options have considerably more upside on the way down than common-share shorts.

Take it from me. I’ve built an entire trading strategy primarily around trading puts. (If you’d like to learn more about my strategy, check out my brand-new ebook right here.)

Now, let’s look at a hypothetical example of why puts are better than a normal short position…

Not bad, but not great for the amount of risk you’re taking.

But in the same hypothetical, where XYZ goes to $0, put options on any strike price would pay several multiples more than the common-share short. This is why I trade puts…

Bottom line: You can potentially make more money — while simultaneously risking less — on a put position vs. a common short position.

Earlier this year, I wrote a letter breaking down some of the greatest options trades of all time.

And it’s no coincidence that four out of five of those trades were massive put plays during market crashes.

Breaking News Chat is the alert service that traders can’t get enough of. Two former financial analysts scour the market and news for stocks that could potentially spike and alert the room allowing you the chance to get in on the action.

Check out the alert for WSRC on September 28th: 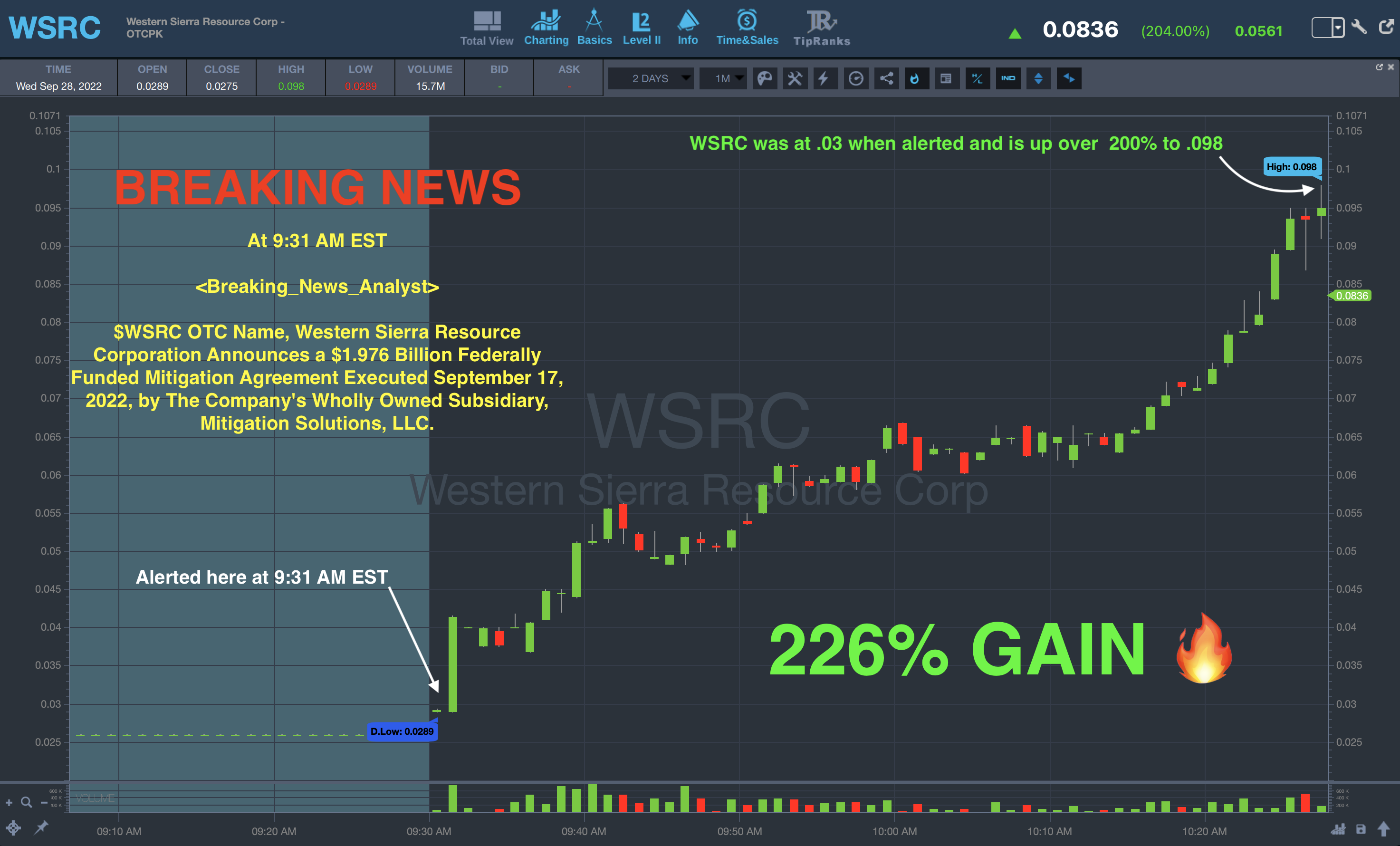 Let me refresh your memory…

1987: In one of the most talked-about options trades in history, Paul Tudor Jones called the 1987 market crash before it happened. He bought a ton of puts on the major indexes. Then, on October 19, 1987, the Dow Jones plunged 22% — while Jones bagged approximately $100 million on the trade.

1987: Trader Andy Krieger made a name for himself shorting New Zealand’s dollar, sometimes called the kiwi, as the currency collapsed during the market crash of 1987. The kiwi plummeted as much as 5% while Krieger made $300 million for his employers

2018-2020: London-based hedge fund Ruffer Investment Management purchased an eye-popping amount of volatility insurance from 2018 to 2020, then profited $2.6 billion in the pandemic selloff.

Again, there’s a reason why many of the greatest options trades in history were so bearish. Because fortunes are made in bear markets.

Furthermore, I’ve found the same to be true in my trading…

Back in June, I nailed my biggest win of all time trading puts on the ProShares Bitcoin Strategy ETF (NYSEARCA: BITO).

(To get the full picture of my put-trading strategy, check out my brand-new ebook right here.)

This trade wouldn’t have been possible without put contracts, and never would’ve happened under normal market conditions.

I see so many traders struggling this year, but I want you to stand in contrast…

I want Evolvers to win.

Start thinking about how you can use this bear market to your advantage.

While others are panicking, we can be profiting.