Is the Market Gearing Up for a Major Reversal? Let’s Find Out…

The 2022 stock market continues to get crazier and crazier.

After taking out the June lows last week, the S&P 500 ETF Trust (NYSEARCA: SPY) looked as bearish as ever.

But then, the market surged into a bullish reversal on Monday and Tuesday as 90% of all stocks on the NYSE were green.

But yesterday and today, the SPY has been bouncing around in a tight range.

Is the market gearing up for a major reversal to the upside? Or are we simply unwinding an unnaturally quick move from Monday and Tuesday before resuming the overall downtrend?

More importantly, how can you answer these questions if you’re not a super-experienced stock market mastermind?

The key is to understand how a market reversal occurs, what to look for, and how to prepare yourself for any near-term outcome.

A Brief Summary of the 2022 Stock Market

Throughout the entirety of 2022, the overall trend in the markets has been sloping downward.

We’ve also seen a shocking amount of intraday green-to-red moves in individual stocks (as well as the major indexes).

Check out the alert for KITT on October 5th: 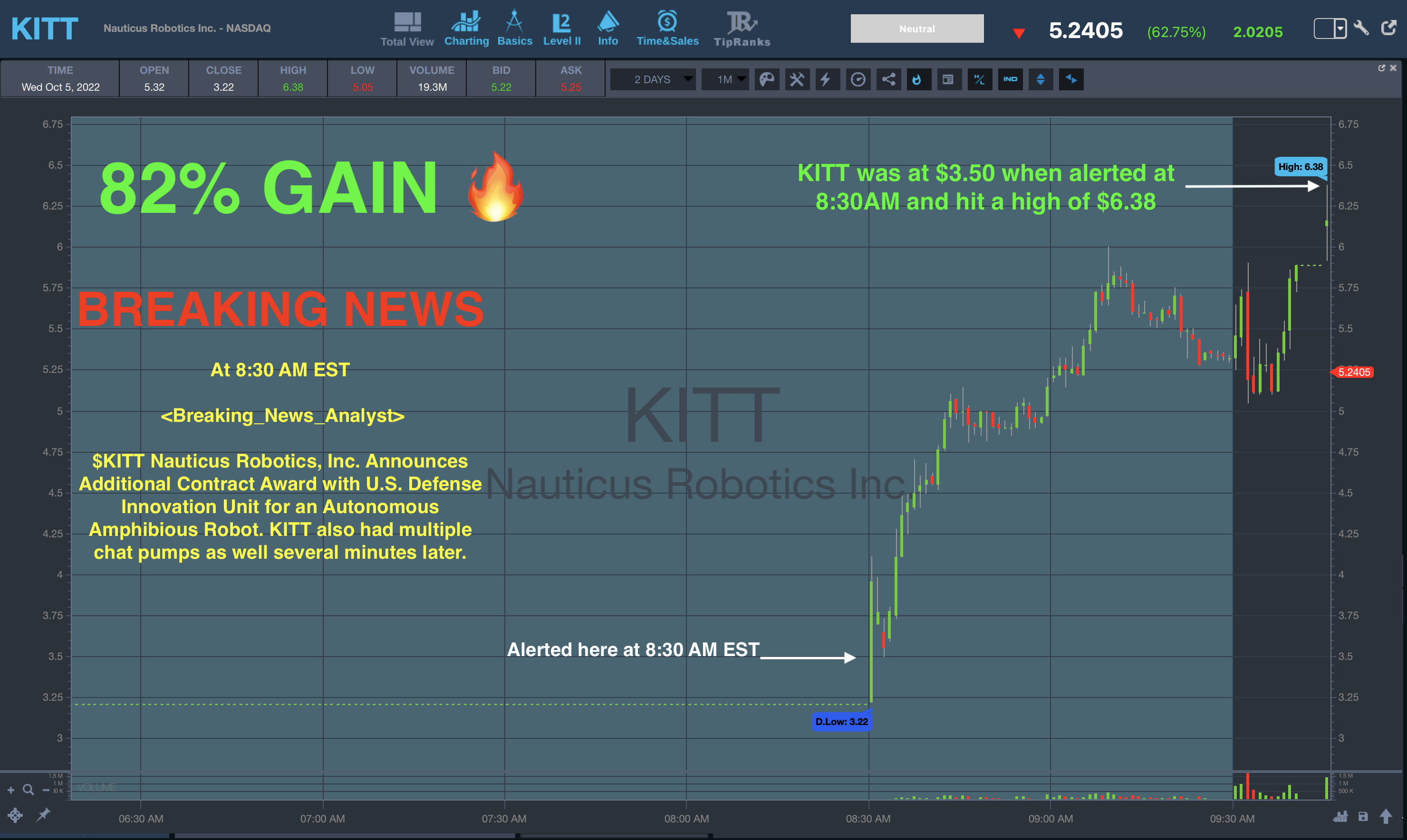 This rollercoaster price action has made it tough to find A+ setups — and even tougher to trade options (where timing and direction are of the utmost importance).

If you’ve been struggling to find consistency in your trading this year, know that you’re not alone.

I’ve been trading professionally for over a decade, but even I’m looking forward to the end of this volatile bear market. It hasn’t been easy.

That said, a few signals in this week’s market action make me think that the bottom could be closer than it’s been all year…

Signs of a Market Reversal

How do we know when a major market reversal is finally taking place?

While it’s impossible to predict price action with impunity, there are some telltale signs of a looming market reversal that I want every Evolver to pay attention to right now…

Let’s break them down…

After so many days when the market opened green only to close in the red, I’ve been patiently waiting for a fully bullish day of relief rallies.

We finally got that full first green day in the markets on Monday … and then AGAIN on Tuesday!

Instead of seeing another disappointing green-to-red move in the afternoon, the major indexes rallied for two days straight.

Don’t sleep on how critical these first green days are for the overall markets.

Could this be another bear-market rally? Sure. But considering how many of those we’ve already seen, the odds of lasting bullishness get greater with each momentum surge.

That said, I’m not convinced yet…

If we see further upside next week, I’ll be more convinced that the market is building a multi-week rally.

Bottom line: After so much bearishness, this euphoric two-day rally was a welcome sight (and a potential sign that we could be nearing a market bottom).

For several months, the market has been furiously discounting a variety of negative catalysts…

Record-high inflation, looming interest rate hikes, and a possible world war have all been weighing heavily on the minds of traders since November of last year.

But more than anything, the focus has been on the Fed.

For several months, the only possible outcome has been hawkishness from the Fed.

You’re in on Friday… And Out on Monday

You’re in on Friday… You’re out on Monday.

Hiking interest rates and restricting the money supply have been the prime directives of the central bank since January.

But now, the narrative seems to be shifting…

With rates near 15-year highs, many economists are now suggesting that the Fed can’t go much further without risking a serious recession.

It’s a lose-lose scenario for the Fed … either continue hiking rates and risk economic collapse, or slow down the rate-hiking and risk inflation getting further out of control.

Neither scenario looks great in the long term. But in the short term, a dovish Fed pivot could cause a massive rally in stocks.

Bottom line: Pay attention to what the Fed is doing and trade accordingly.

3. The Easing of Uncertainty

The market hates uncertainty more than ANYTHING … even more than war, inflation, interest rate hikes, and disappointing earnings.

So while the world is currently chock-full of negative catalysts for markets, I think those negatives are acting as double-edged swords in this case.

The first half of this year was filled with trader anxiety around what might happen on a variety of issues.

How bad will inflation get? How far will the Fed go to fight it? And what will individual companies do to cut costs?

While we don’t have all of the answers yet, big parts of these questions have been answered already.

Bottom line: There are fewer unknowns today than there were in January … and this is something the market tends to react positively to.

Let me be clear … In general, I’m still bearish on the overall markets.

But every once and a while, I think it’s valuable to play devil’s advocate and consider how (and when) the negative price action might reverse to the upside.

Stocks can’t sell off forever. And when the big reversal takes place, I want every Evolver to be locked and loaded, ready to strike.