The Best Trades from My Small-Account Challenge (Part I)

Ahh … the small-account challenge. I look forward to this uphill battle every single year.

As many of you know, I’m an extremely self-critical trader. I’m always trying to improve — even after profiting millions of dollars trading penny stocks and options.

One of my favorite ways to challenge myself is by trading a small account. I force myself to do this every year and the process always helps me evolve as a trader.

I’ll be honest: It’s not easy to go back to $10,000 after getting comfortable trading a seven-figure account. But that’s also a huge part of the fun for me!

With that in mind, let’s break down the four most important trades (so far) from my small account challenge…

The challenge started with a bang — I more than doubled the account on my very first trade.

In early December, as the crypto markets were knee-deep in a massive correction, I was watching BITO like a hawk.

I like trading BITO for crypto-related setups because it tracks the bitcoin (BTC) chart exactly. And most importantly, it’s optionable.

Naturally, I had these support and resistance levels marked on my charts with horizontal lines.

Remember last week’s lesson: By recognizing key price levels, you can take advantage when they start to crack.

As expected, the afternoon of December 3 turned into a bearish bloodbath. BITO lost more than 9% intraday — hitting a low of $32.69.

This is where the crucial part of the trade came into play.

Nine times out of 10, I’d sell all my puts before the close, capping off an already remarkable day trade.

But on this BITO setup, I had a strong conviction that the chart was headed lower the following week. Even when BITO saw an end-of-day ramp — bringing the stock to a close near $34 — I stuck to my guns and didn’t sell. 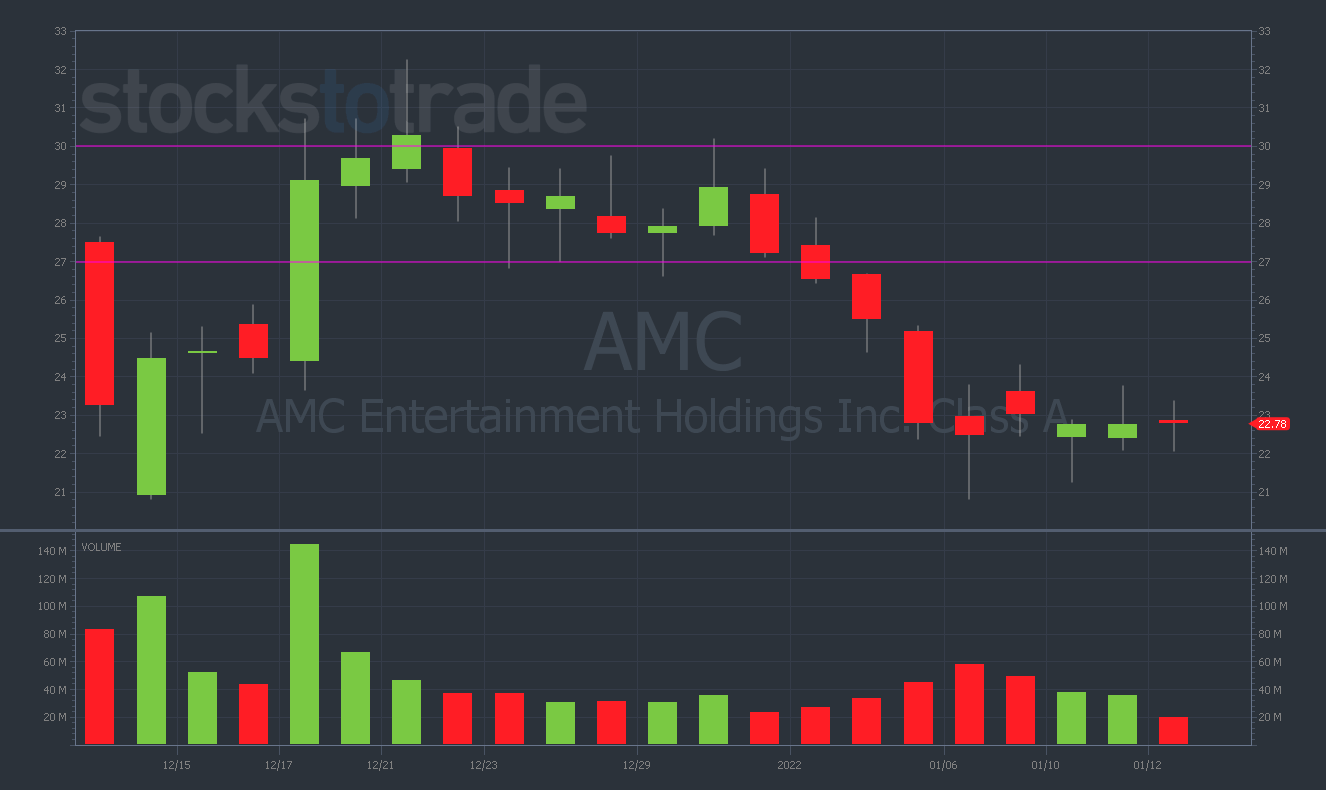 Later in December, I caught up with my old friend, meme stock favorite AMC…

I was trading AMC on December 22 and 23. I went over the key levels related to this trade last week, but I want to re-emphasize them because they’re so important.

Notice anything in the chart up above? That’s right. This was the first red day.

So naturally, this was the day when I was aggressively buying puts. And ultimately, the chart got destroyed…

Heading into this trade, I was watching two particular price levels on the AMC chart — $30 resistance and $27 support.

Sure enough, the first red day saw AMC slice through $30 like butter.

And where did it land? That’s right — $27! You can’t ask for more perfect technical indicators than these! 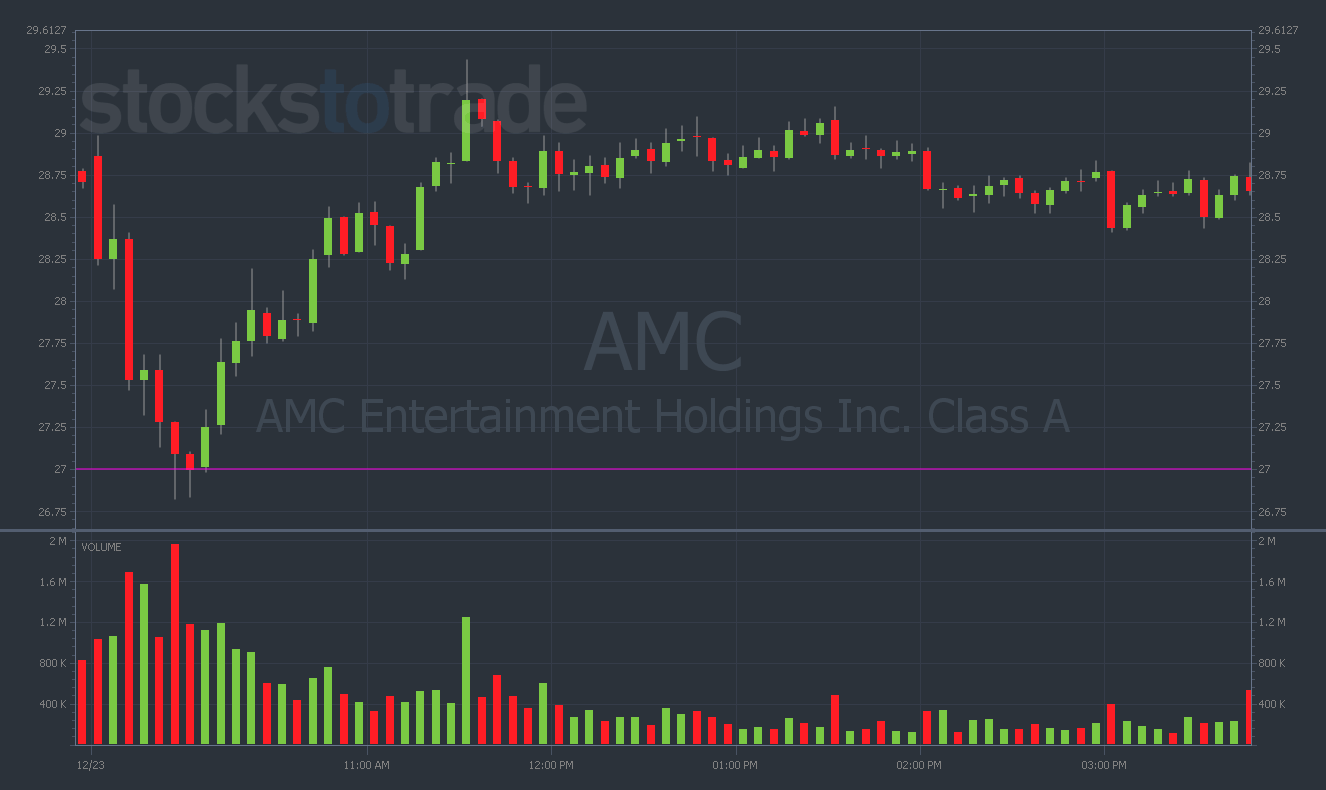 Big picture: AMC is a bag-holder chart with a dead cat bounce — an ideal setup for the small account. These patterns work well on stocks that are seriously beaten down.

But little did I know … the craziness was just beginning. The biggest trades hadn’t even happened yet. I was about to encounter some even more incredible setups.

Join me on Thursday as I break down the second half of the insane trades from my small account challenge. The best is yet to come…