The Rise and Fall of BBBY

It’s time to conclude our multi-day coverage of the crazy move that’s been happening in shares of Bed Bath & Beyond Inc. (NASDAQ: BBBY).

Yesterday, I called out the potential for BBBY to take a massive dip today.

Sure enough, the stock opened down 20%+ today as meme stock traders began to take profits on the most notable short squeeze of the year.

Why did they sell today? Probably because Ryan Cohen — the activist investor who arguably started the historic 2021 GameStop Corp. (NYSE: GME) squeeze by buying a big stake — filed to sell his entire position in BBBY on Wednesday afternoon.

When a company’s market cap increases by 3-5x in a few days, more often than not, management sells into the rally. You can’t blame them for this. It would be naive not to sell some shares following such a boost.

Aside from Cohen’s timely sale, I saw certain technical indicators yesterday that were flashing warning signs for the chart, which is exactly why I warned of the stock’s impending crash.

Today, we’ll break down how all of these factors (and more) affected BBBY stock and led to a rather predictable breakdown.

Who knows, if you pay attention, maybe you can catch the next big short squeeze ‘rise and fall’ before it’s too late.

Taking a Look at the Technicals

I’ve said it before and I’ll say it again … momentum stock charts are extremely predictable, especially on the downside. 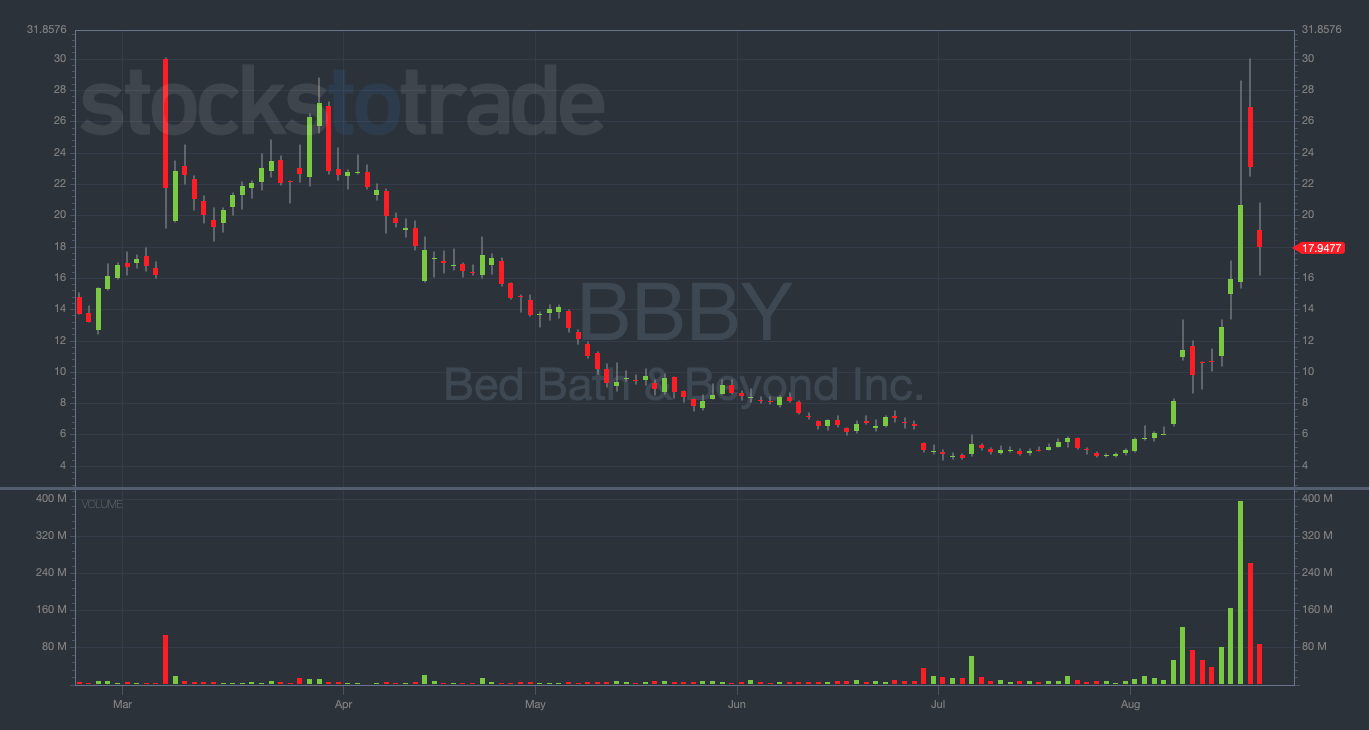 Not only did this dip happen immediately following a euphoric blow-off top candle — with an enormous top wick (signaling intraday selling) and 5x normal volume — the rejection occurred at $30 to the cent!

You can’t make this stuff up!

I’m constantly telling you all about the importance of big round number rejections.

BBBY is no exception to this rule. As soon as I saw a perfect $30 daily high, I knew that was likely the top for the foreseeable future.

So, in hindsight, $30 wasn’t just another round number for BBBY … it was verifiable, long-term resistance.

The Crazy IV on BBBY Contracts

Beyond any of the technical analysis, there’s a psychological aspect to meme stocks that you’ve gotta understand…

Most of these short squeeze moves are built on FOMO.

Once retail traders start to see others bragging about their gains on the hottest stock of the moment, they can’t stop themselves from piling into the name.

Check out the alert for BBBY on August 16th: 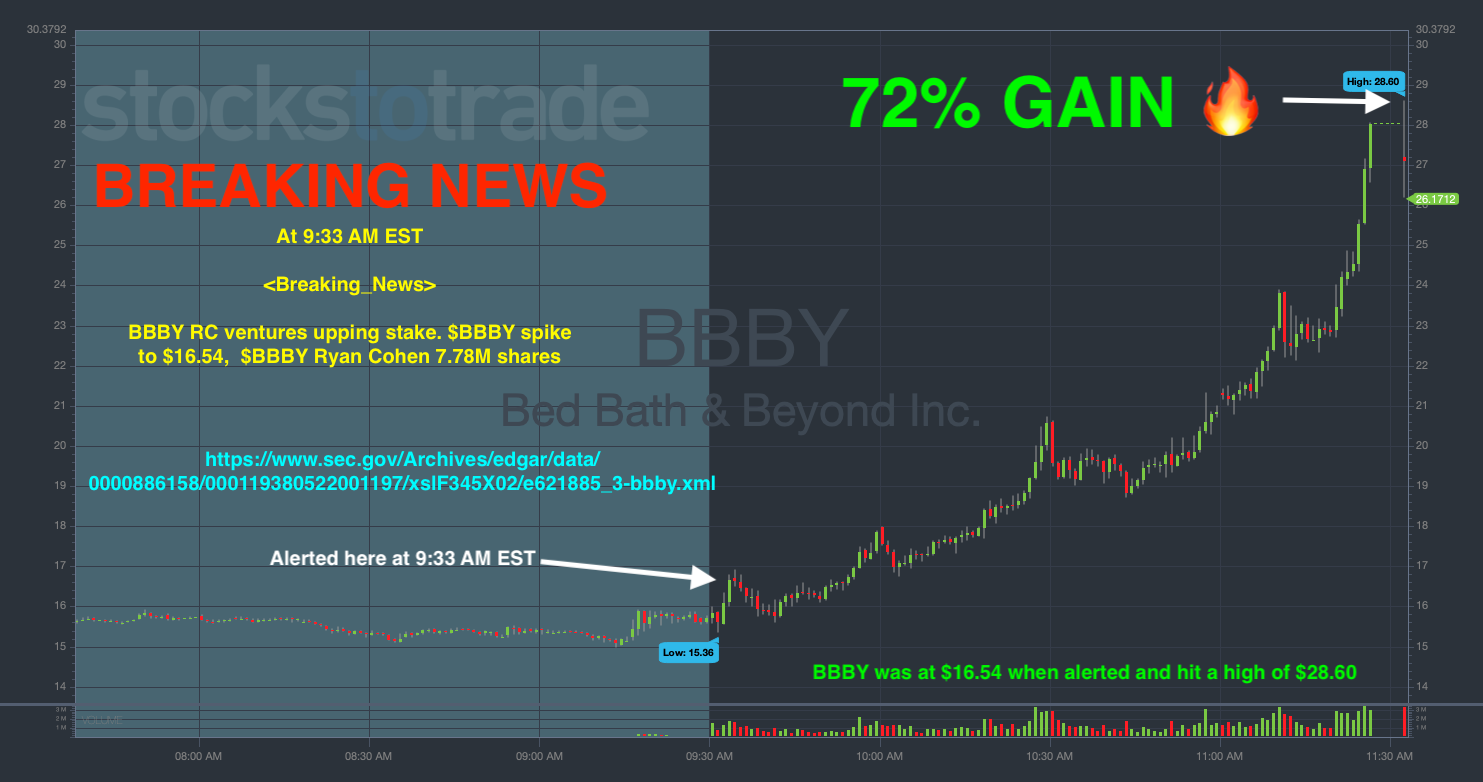 If you’re early to these long plays, more power to you. But if you’re even one day late, the risk/reward becomes terrible.

This can also be true on the short side.

As I’ve mentioned multiple times this week, the demand for BBBY options has caused the contracts’ implied volatility (IV) to skyrocket.

High IV makes every contract more expensive — calls and puts alike — as market makers attempt to price in a huge move in either direction.

BBBY shares are down 20% on the day at the time of this writing. So, you’d think the puts would be surging, right?

So you would’ve actually made more money by shorting the common shares (with no expiration date) than by buying the closest-dated puts and nailing it.

This is CRAZY and proves that the IV made trading BBBY incredibly difficult in the second half of the week.

BBBY looks to be dead for now, but that doesn’t mean the general meme stock nuttiness is over just yet.

And if we’re entering another period of momentum stocks going wild regularly, we need to brush up on our meme stock trading skills.

So, if you’re approaching one of these setups in the near future, remember to consider the IV and trade cautiously.