3 Lessons I Learned From Trading FB 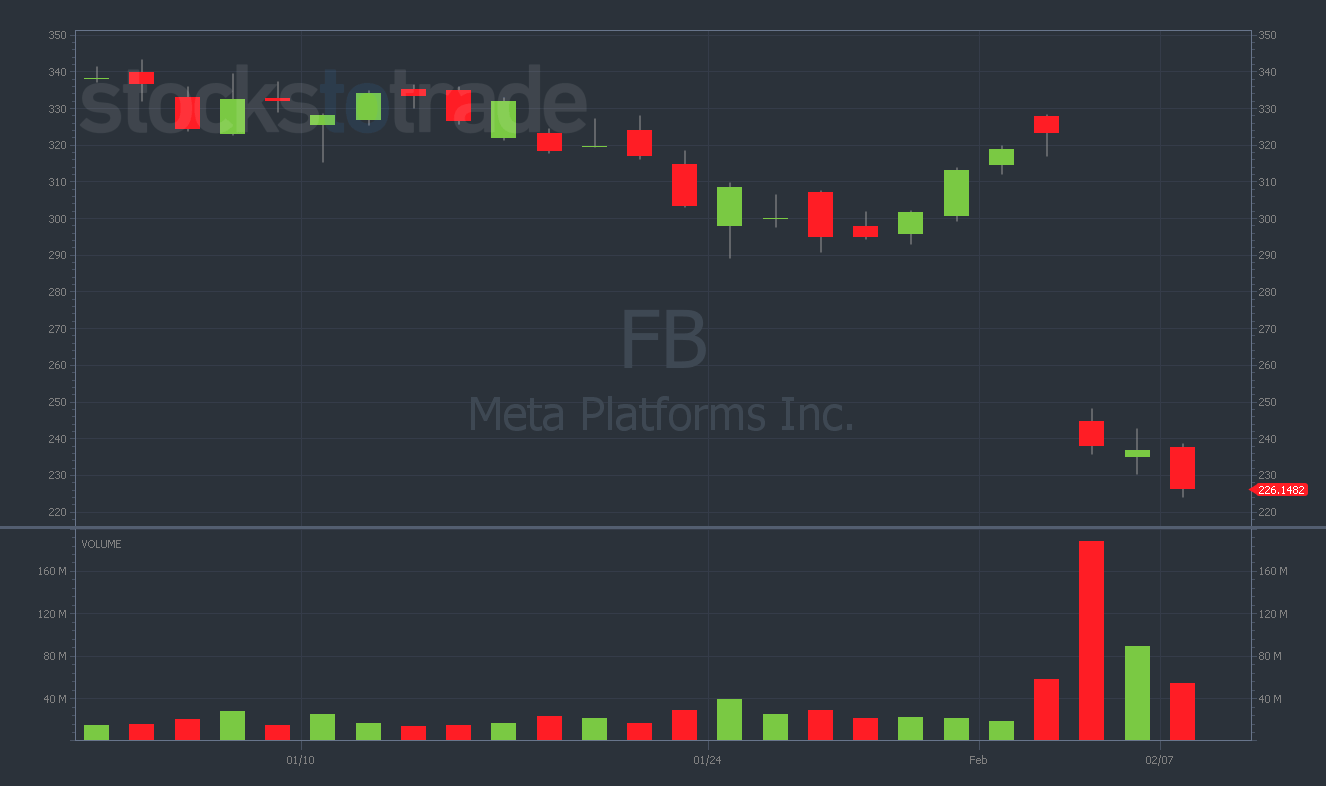 Now, I’ve made a good living from finding overvalued stocks and shorting them on the way down…

However, a 25% move down on one of the best well-run companies in the world — I’ll look at being a buyer.

In my mind, the odds of a bullish reversal were pretty good.

It turns out that Friday wasn’t the low. Shares continued to get punished during Monday’s session, shedding another 5% from its market value.

Of course, my call options got destroyed.

Getting into a trade and watching it instantly fail isn’t the best feeling in the world. That doesn’t mean you should erase it from your memory and move on.

You’re bound to repeat your mistakes if you don’t take the time to review your trades.

And that’s exactly what I’m doing with you today — breaking down the most important lessons from my latest FB options trade.

The first mistake I made is one that I think every Evolver should try to avoid.

I broke my rules and went long before the first green day.

By entering this trade too early, I was attempting to call the bottom on FB before it formed.

In hindsight, there was no reason for me to make the setup more difficult than it needed to be.

Had I simply waited for the first green day before going long, I would have had the confirmation that a near-term bottom was in before risking money on the long side.

Instead, I tried to be a hero. And I got slapped for it.

Be patient. Don’t try to catch a falling knife.

Wait for the first green day and adjust your long strategy from there.

My primary strategy is buying puts on blow-off tops and overcrowded momentum stocks.

Sure, I’ve had success going long before … but bullish setups aren’t my bread and butter.

I need to remind myself of this and stop trying to trade patterns that are outside of my area of expertise.

Some of the most successful traders in history have done exactly that. If it ain’t broke, don’t fix it!

Traders aren’t athletes. To use a basketball analogy, you don’t have to be a full-court player to be a successful trader.

I think it’s much better to zero in on one area of trading and become a master at it. Don’t assume that you need to be good at everything.

Focus on developing a strategy that you can be consistent with. Then stick with it continuously until it stops working.

A less experienced trader might be tempted to re-enter another FB call trade after this subpar play. But not me.

If you lose on a position, and then you stubbornly get into a similar position to try to make your money back — that’s called ‘revenge trading.’

NEVER make these sorts of trades!

The last thing I’ll do is try to revenge trade FB. The setup didn’t work … It’s time to move on to another.

Stocks don’t owe you anything. If you try to revenge trade a ticker (or setup) that isn’t working for you, you’re fighting an uphill battle. And setting yourself up for FAILURE.

My advice? Identify the fact that you’re not trading the stock well — then make your money back elsewhere.

This was a risky trade, but I gave it a shot.

It didn’t work out, but I hope you can all take something away from this mistake. I know I am.

Be careful trading setups you aren’t familiar with — and ALWAYS avoid re-entering a trade that hasn’t worked for you in the past.