Every year in December, I do some self-reflecting by looking back on my last twelve months of trading.

As traders, we need to be constantly evaluating our performance.

Do you think Michael Jordan reached the career heights he did by lazily phoning it in? Of course not!

The best traders I know have a similar work ethic, forward drive, and ability to self-reflect…

They’re not afraid to look back at rough patches in their trading and fix the problems that led to losses.

In fact, it’s safe to say this will go down as one of the most undisciplined years of my trading career.

But hopefully, together we can identify our mistakes and eliminate them for good.

Keep reading to see part I of my year-end recap…

I did this by sticking to a disciplined strategy and taking advantage of the bearish price action in the first quarter.

But you wouldn’t have needed $10,000 to do something similar…

(If you wanna see a prime example of the power of options trading, look no further than my small-account challenge).

Then, I kept the momentum rolling by nailing the crash in Nvidia Corporation (NASDAQ: NVDA) for almost $25,000 in late March.

Anyone who’s been following my alerts for a while will know that NVDA is one of my favorite stocks to trade. 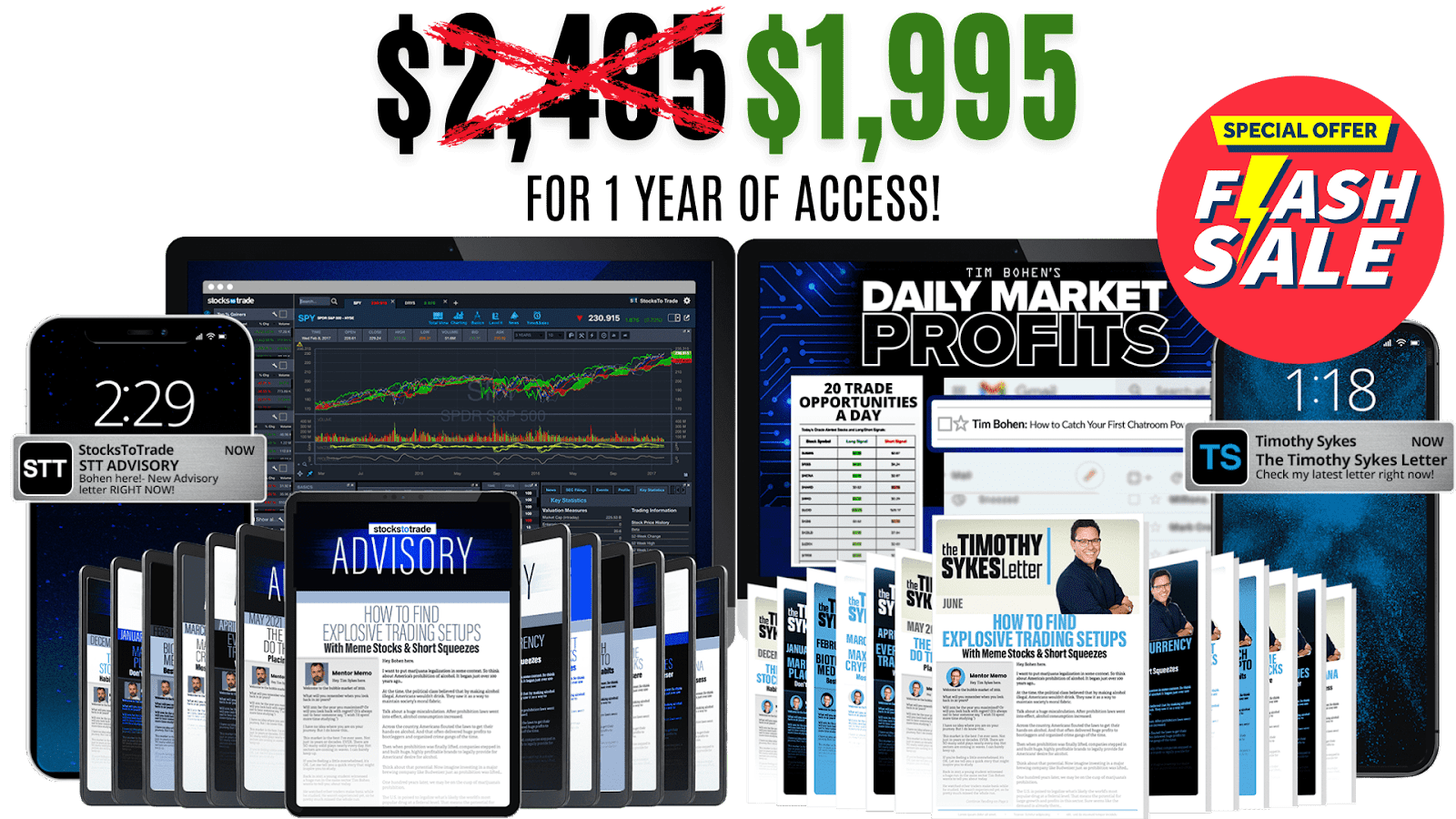 I’ve traded this ticker over and over because it has the volatility, volume, and retail enthusiasm I look for in my short setups.

But later in March, when the bear market rally began, the price action started to go against me…

I faced a brutal string of losses — First, overtrading the downside on crypto stocks … Then, culminating in one of the worst trades I can remember myself making…

I lost nearly $100,000 holding Tesla Inc. (NASDAQ: TSLA) puts too far into the bear market rally, one of the most disappointing trades of my career.

So, what are the important lessons I learned from Q1?

I started off the second quarter by slowing my trading and sizing my positions down.

I made fewer trades in Q2 than I have in any other quarter in recent memory.

This was a conscious decision that I made for a very specific reason:

I had just come off of a series of discouraging losses. My confidence was hurting.

And when I’m not trading well, I size down and trade less.

I was tracking the critical support level at $30,000. As I was watching the chart — the price action started cracking toward $29,000…

This is how technical analysis works. You need to identify the key support and resistance levels in a chart — especially when the overall markets are coming down.

When you get a key break lower following sideways price action, it can crush the bulls’ morale.

And this is exactly what happened to BTC and BITO, leaving the charts on the verge of a significant breakdown.

All in all, I profited $236,413 … in three days! Again, point your attention toward the power of options trading. (In what other market can you see gains like this?!)

Unfortunately, this is the point where my year started taking a turn for the worse.

But if you wanna hear the rest of the story, you’ll have to tune in tomorrow for Part II!

It might sound like 2022 was a pretty good year so far, but the second half wasn’t as strong for me.

I’m a perfectionist. Even though I nailed my biggest trade of all time this year, there are so many things I’d like to improve upon.

Tomorrow, I’ll do a deep dive into the mistakes I made so you don’t have to make them yourself!