The markets are closing out a surprising week on a high note.

Sometimes, the market reads bad news as good news. And that’s what seems to be happening now as bulls push the indexes higher regardless of disappointing big-tech earnings.

Short squeezing, bottom-forming, and market-making are all potential explanations as to why these contrary reactions are occurring…

But I don’t like to play guessing games. I’d rather watch the price action closely and continue to trade short-dated options than attempt to bet on lasting market direction.

One of the biggest mistakes I see traders making right now is holding positions for too long.

They either hold their winners until they become losers … or fail to cut their losers before they become account-ruining disasters.

In this market, I’m in and out of my positions quickly. I suggest you do the same.

Bottom line: It feels like we’re at a major inflection point in this bear market.

Is this impressive squeeze in the major indexes just another bear market rally, destined to get crushed next week? Or are we seeing the beginning of a lasting uptrend?

I’m prepared for either outcome. Are you?!

In the meantime, it’s Friday, so let’s get to our Q&A…

“I’m making about ten trades per day and I’m lucky if one of them is profitable. What am I doing wrong?”

First of all, ten trades per day is a very high number. It sounds like you may be forcing trades.

Human beings can only handle so much information at once. If you overload your brain with information, you’re not gonna perform at the highest level.

This is exactly what happens when you force trades. You end up with too many open positions, having no choice but to monitor dozens of charts at once.

Traders have seen stocks move 35%, 72% and 275%+ within a day, by replacing shady “mainstream” watchlists

Don’t do this. Be more selective about your setups and focus on one trade at a time. I bet you’ll find trading this way to be much less stressful.

You’ve probably noticed that I tend to focus on no more than a handful of positions at a time. This is a deliberate choice. I’d rather truly nail the one play I’m focusing on than haphazardly throw together a half-dozen mediocre trades.

Everyone forces a trade at one point or another. But I see newbies forcing trades more than veterans. Why?

Newer traders get the fear of missing out. It can seem like a trade is too good to miss, even if there’s no setup. But this is the wrong mindset.

The truth is, trading opportunities are like buses … there’s always another one coming.

Remember this next time you’re opening your tenth position of the day and you’ll be a better trader for it.

“I sold too early on both trades I made this week. How do you know when an options play is nearing its peak?”

Did you make money on the trades? If the answer is yes, I wouldn’t be fretting over a couple of missed %.

After all, what did I say earlier? In this market, the more common mistake is holding too long.

Don’t beat yourself up over missing the tip of the iceberg.

I had a similar situation on my recent ProShares Bitcoin Strategy ETF (NYSEARCA: BITO) trade. I profited 61%, but had I held a little longer, I could’ve potentially made over 100%…

Was it annoying to watch the chart rip right after I sold? Of course. But I wasn’t too hard on myself and I don’t want you to be either.

Check out the alert for SNES on November 15th: 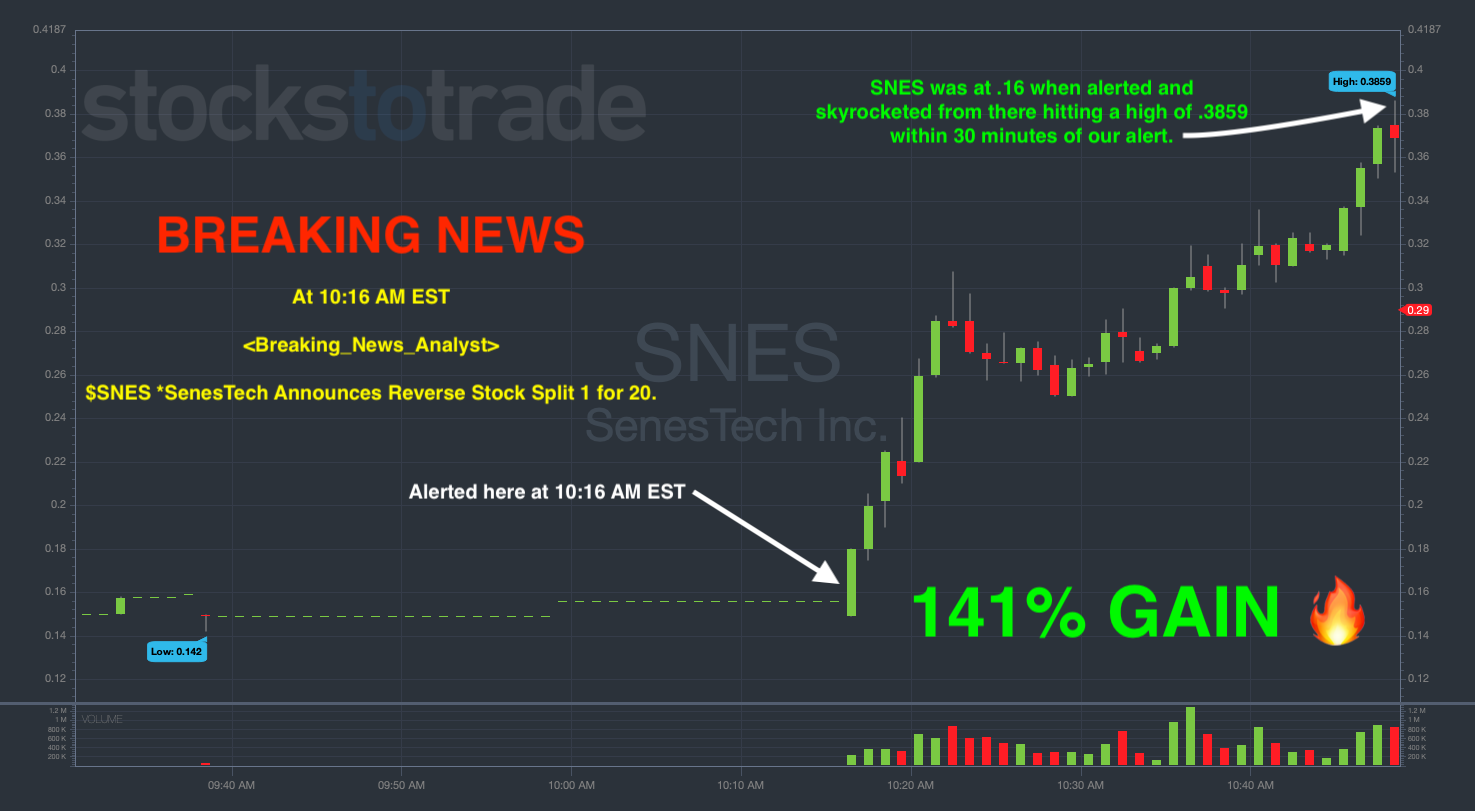 No one knows exactly when a trade is nearing its peak. As traders, we can only hope to catch the majority of the directional move.

If you try to perfectly nail every dollar of every move, you’ll eventually get caught in a terrible trade by failing to sell when you should’ve.

It’s impossible to lose money by selling a winner too early. But if you hold it for too long, it can quickly become a loser.

Have a great weekend, Evolvers!

I’ll be back in your inbox on Monday to go over all of the details.