Yesterday, we talked about some common trading traps to avoid. Let’s recap the three we’ve covered so far…

So why should you care?

Because throughout my 10+ years as a professional trader, I’ve found that avoiding costly mistakes is even more important than mastering valuable skills.

If you’re not careful, one critical error could lead to a huge loss, erasing weeks (or even months) of hard-earned gains.

If I’d avoided these mistakes as a newbie, I might’ve become a multi-millionaire much sooner.

And speaking of becoming a millionaire … If you’re ready to work as hard as I did to hit the millionaire milestone, I suggest starting with the course that changed my life — Tim Sykes’ Trading Challenge.

So what are the other three mistakes I see traders making? And how can you make sure to avoid them?

Keep reading to find out…

If you wanna be a winning trader, you need to fight your human nature and remove your emotions from your trading.

It’s tough. Trust me, I know. We’re all emotional beings, especially when it comes to money and risk.

But the best traders divorce their emotions from their moves in the market. I’m usually pretty good at this, but we’re all human…

As I mentioned yesterday, I lost $60,000 earlier this year trading AMC Entertainment Holdings Inc. (NYSE: AMC) puts. It was a huge lesson for me.

Going into that trade, I was still reeling from another big loss on Tesla Inc. (NASDAQ: TSLA).

It was difficult to see in the moment as I was trading AMC, but my mindset was heavily affected by my emotions following the TSLA loss.

I’ll be honest … I wanted a win. I wasn’t thinking clearly … I was revenge trading.

WARNING: This is the wrong way to approach a trade psychologically. You should never enter a setup just because you wanna make your losses back!

Trading emotionally is a recipe for DISASTER that I foolishly fell victim to. Keep your emotions in check or pay the price!

First, let’s break down the difference between market orders and limit orders…

Market orders execute the trade immediately at the current market price, while limit orders will only trigger if the stock is trading at or below a pre-determined price.

When traders get overexuberant, they tend to mash the ‘market order’ button. 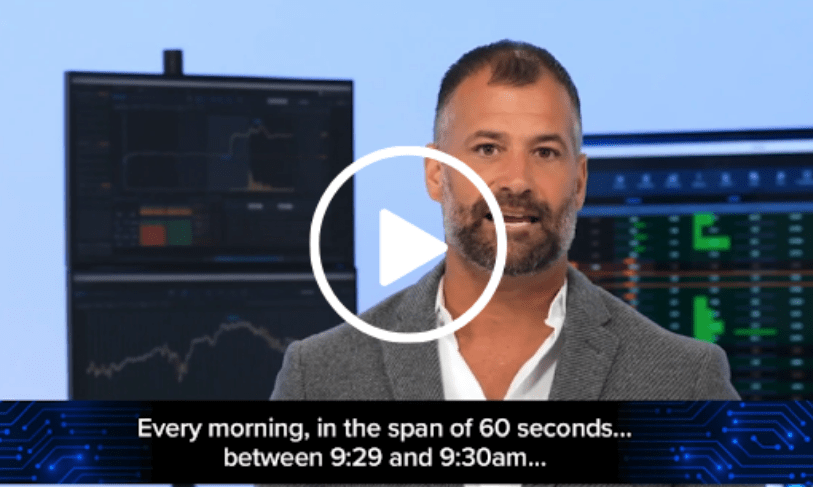 Have you seen what Tim Bohen has been up to EVERY morning between 9:29 and 9:30am?

If not, click here now because he’s getting ready to do it again.

Do NOT wait to see this.

Check out all the details here

They let the importance of cost basis move to the back of their minds. They wanna get in the trade NOW and don’t have the patience to wait for the right price.

Whatever you do … DO NOT make this mistake.

Instead, ALWAYS send limit orders. Pick the price at which you’re willing to enter the trade and don’t settle for a worse fill.

By sending limit orders, you can name your price. Avoid the temptation to force trades at an arbitrary price point.

For some reason, a lot of traders feel the need to make a trade every single day.

But I’ve never understood this. The markets are dynamic and volatile. If they’re sticking to a consistent strategy, how are they finding setups to trade every day?

The truth is, five-star setups are few and far between, even in the most raging bull markets…

You’ve gotta be willing to sit on your hands when they’re nowhere to be found — and very aggressive when they show up in your charts.

When looking back on some of the worst trades in my career, I’ve noticed that many of the plays were examples of overtrading.

Don’t make the same mistake I did. Be patient, like a zen master.

But when the ideal setups come along … Be ruthless, like a samurai warrior.

There you have it, Evolvers! Six mistakes that you’ll be a better trader by avoiding.

I wish I had this advice when I was first starting out. That’s why I’ve passed it along to you.

I’ll tell you something you probably don’t wanna hear. At one point or another, you’ll probably commit all of these trading crimes.

But I hope this list will help you stumble into them far less than you might’ve.